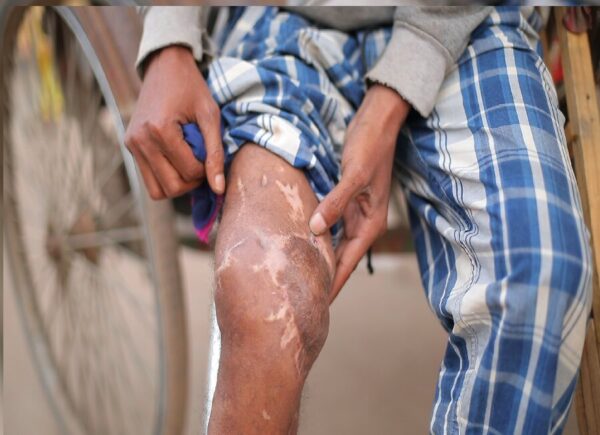 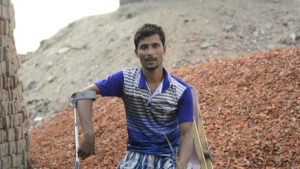 Rubel is a laborer who worked all day to earn a humble wage to support his family. He is a good man who thinks about the future. He has two little boys, a wife, and a mother who needs Rubel to support them. Though his wife works as a maid, she earns very little money.

Rubel dreams about a better life for his loved ones, so he saved money regularly from what he earned. After years of intensive labor work, he was able to save up two lack taka. His dream was to invest in a small farming business with the money he saved to earn more for his family. 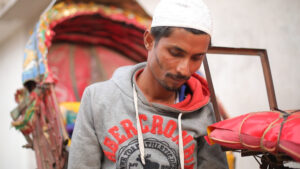 However, a close relative insisted that Rubel should work as a laborer for a few more years so that he can save up more money to invest in the farming project. But after two months, something terrible happened. While at work, a car hit him from the back, and as a result, his right leg was almost severed.

All the money that he saved up had to be used up for reattaching Rubel’s right leg. However, his leg was not healing properly. He had to sell his house to pay for his medical bills. Even after giving up all his assets, his leg still did not heal properly. As a matter of fact, things got even worse. He is in no state to work and support his family. 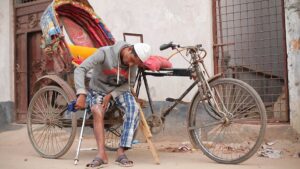 Mastul Foundation gave him an electronic rickshaw seeing that he has absolutely nothing left. But it is hard for Rubel to operate the rickshaw as his leg condition is getting worse day by day. He still needs extensive medical treatment, and that will require two hundred thousand Taka. 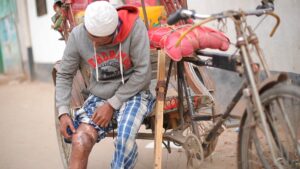 Please give what you can to pay for Rubel’s medical treatment. If he cannot work, then there will be no hope for his two little boys and old mother. With your support, rubel will get better and start working again so that his family has the scope to survive.

Think of Rubel as your brother. Your empathy is all that this good-hearted man has. By helping Rubel, you are helping an entire family. You are the only light of hope that this man and those who depend on him have.

There are no reviews yet.

This currently has no doner

Touch more lives with your Kindness !

One month food bucket distribution to 100 families who are underprivileged

20 taka to Feed one dog project