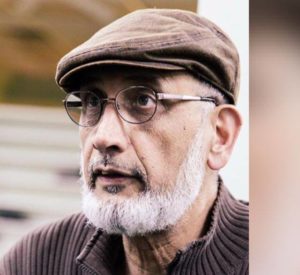 My name is Fiaz Fareed, originally from India and Having lived in different parts of Middle East and since landed in the United States more than three decades ago. Having come to a country with a different culture I always had a passion to explain Islam to people since it is growing fast but still very misunderstood. But then came a time when we see so many of humanity in turmoil and in distress. I was particularly moved by the Rohingya crisis in Bangla Desh. I just could not simply stand by saying I feel for them and I may contribute some funds for them but It really touched my being and soul for the fact as Muslims we are supposed to feel the pain of our brothers and sisters and for humanity as a whole. So I travel to Bangladesh couple years ago and that change my perspective on life and leisure. I was fortunate to meet in Dhaka brother Reaz, among others involved in trying to make a change in peoples lives. What really struck with me with Mastoul was their sincerity and efficiency of working towards teaching and improving the lives of poor children. For something as little as half a dollar a day, people in the west in other lands can easily assist help to bring about the much required change in educating large populations of children. So now, one of my mission is to help Mastul Foundation reaching milestones in educating large number of poor children who could not afford to go to school. Should anyone like to have more details or work with me or I can work with them please contact me. email : humbledaee@gmail.com
Thank you and God bless you.

As a practitioner in Nuclear Medicine Technology for more than two decades, Mr. Fiaz Fareed has always had a passion and a desperate desire to bring ease and relief to the distressed. This career has left a positive mark on several local area hospitals in the Triangle including Duke Health, UNC Healthcare and WakeMed Health & Hospitals.  He has also rendered his experience and expertise at some of the most prestigious medical institutions in the Middle East.

A lifelong student of knowledge, Mr. Fiaz had taken a keen interest in outreach (da-wah). For many years, he volunteered at the Islamic Association of Raleigh (IAR) where he continues to serve in an official capacity as host, tour guide and a hospitality manager for coordinated visits.  He has given countless formal presentations and informal talks at the association where he also teaches a beginner’s class on Islam for new converts. Furthermore, he give lectures suited for non-Muslims who want to merely learn more about the religion and their Muslim neighbors. His outreach stretches to prisons across the state where he supports, mentors and counsels inmates. Mr. Fiaz is currently the Outreach Chairman of the IAR and has served previously as a member of its elected Board of Directors (shurah).  Undoubtedly, the title he is most proud of is that of custodian of the two buildings (Khadimeel Imaratain”) at the IAR.

The Rohingya refugee crisis in Myanmar compelled Fiaz to act. He visited the Rohingya refugee camps in Bangladesh where an estimated 750,000 displaced refugees flocked to escape ethnic cleansing and genocide to seek a deep emotional understanding of the plight of the refugees and to increase awareness in the United States.  The visit had a profound lasting impact and renewed his commitment to reduce human suffering.

Born and raised in India throughout his late teenage years, Fiaz’s affiliations with relief organizations in every corner of the world are evident and transparent.  He has strong ties to Mariam Clinic, a free clinic for the underserved based in North Carolina.  Through the IAR, he fostered partnerships with several major charitable relief organizations.  He coordinated bi-annual drives to collect clothing and household items for orphans in partnership with the Sanjally Bojang Foundation in Gambia.  Under his supervision, the IAR collaborated and partnered with key organizations like ICNA Relief, Helping Hand for Relief and Development (HHRD) and Penny Appeal, an organization with a focus on poverty and hunger.  Fiaz’s desire and determination to work with the disabled comes from up close and personal experiences.  With a disabled brother at home, he serves as a partner with Equally Able, an organization that empowers individuals with disability.  And last but not least, Mr. Fiaz is involved with Mastul Foundation in various levels, including sponsoring children’s education programme, as well as assisting various activities in Rohingya refugee camps.